In case you missed it, Onefire Holding Company gave an update to the the Muscogee (Creek) Nation earlier this year, communicating a holding value of their portfolio of $23.5M.

Onefire has a portfolio largely composed of private market investments (real estate, private equity, private debt), and typically holds asset values at cost until they have a definitive value change such as a sale, additional investment round, or formal third party valuation.

I'll write something on the j-curve, and the related accounting/communications implications in a future post. In short, however, is when reaching for higher average long-term returns in private market investments, there may be lower short term returns (or even losses due to management and operational fees) to achieve this performance. 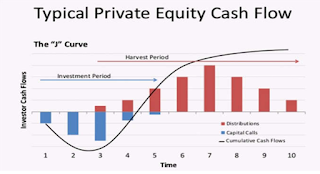 In addition to the private markets aspect of their performance, Onefire has also inherited a number of legacy businesses which had been started or acquired over the past several years, including a mixed use real estate asset and a construction material business. This includes an aspect of local investment and job creation (MCN has a population of >80,000), which adds more levels of complexity and challenge around communication and shareholder relations.

Kudos to Mike Payne and the Onefire team.

NOTE: Onefire's asset value of $23.5M only represents a small portion of the tribe's overall asset base. Onefire is focused on growth whereas other pools of assets may be focused on stability or jobs - see more about that in this post.

“And I think the ongoing performance of that dividend, in which I imagine would be public knowledge, will be a good indicator of the type of performance that Onefire is doing.” –Onefire CEO Mike Payne

Business to make contribution back to MCN in 2017

JENKS, Okla. — According to a financial report provided by Onefire Holding Company to Mvskoke Media, the Muscogee (Creek) Nation-owned economic development entity’s portfolio value as of Feb. 17 was $23.5 million.

The full report can be viewed below.

Onefire CEO Mike Payne stated by email that the company only documents an increase in equity value on the report if a recent equity event with the company occurs, such as selling stock.

‘For audit reasons we can not inflate the value on our books without an equity transaction or formal valuation to support it,’ he said.

Payne said in an interview with Mvskoke Media that Onefire had a good year in 2016.

“We executed on a lot of what we hoped to do. We closed on new investments in a lot of diversified industries,” he said.

The company invested in the aerospace maintenance and repair, electrical and construction industries.

Payne said in 2016, Onefire reviewed around 85 investment opportunities, valued at approximately $170 million. He said the company closed on five investments in 2016, and will look at two-three more in the first half of 2017.

“The portfolio is performing very well,” he said. “All those companies are doing for the most part, what we’ve expected them to do.”

He said the company has invested in a total of 16 enterprises including RiverWalk and Edo Building Systems, formerly the SIPs plant operated by MCN.

He said the company saw the opening of FlyingTee and announced new tenants making their home at RiverWalk.

“Things are really moving in the right direction and set up for a great ’17,” Payne said.

Payne said that because of FlyingTee, RiverWalk has increased from 36 percent occupancy to 93 percent and that the value of the property has increased.

RiverWalk announced in July 2016 that Andolini’s Pizzeria would be opening a location at the development. The restaurant is expected to open this year.

He said an announcement is expected soon regarding a new RiverWalk tenant.

“We had a lot of hurdles to get over to get operational, but right from the get-go, from the time we turned the pumps on, there’s been great traffic coming through and filling up,” Payne said.

He said Onefire is ramping up branding and marketing efforts for the facility, including a loyalty program for using the fuel station and taking on corporate accounts.

Onefire invests funds with equity growth investments, and does not expect an immediate financial return.

“The value of the money that we put in there is going to grow, and grow, and grow exponentially to the point when there’s a transaction on that company at a later date, our money has grown two times, three times, four times, five times its value,” Payne said. “In the meantime, that money is in that company working and growing itself.”

He said Onefire could possibly see a return on a couple of the equity growth investments it has made when it exits the investments this year.

Other investments are income based, in which Onefire receives monthly, quarterly or annual distributions from specific investments.

A third type of investment Onefire considers is a blend of the previous two, where the company would see equity growth and income in the investment.

“So I think if you look at Onefire’s operations versus that of gaming or even particularly like MNBE (Muscogee Nation Business Enterprise) and MI (Muscogee International) and so forth, where those are operating entities that are making an investment in a piece of equipment or a gaming machine and then taking that and immediately producing revenue,” Payne said.

He said the difference with Onefire is that they are investing in another company, and will gain revenue off of another entity’s operations.

Payne said 2017 will be a transition year for Onefire, as they move towards operations and enhancing the portfolio that the company worked to build and invest in over the previous three years.

He also expects it to be profitable for the business.

“…Helping enhance the portfolio companies that we have maybe a minority investment in and starting to help leverage the tribal ownership and bring some of those benefits to the Nation, bring benefits within the portfolio to each other and just try to expand kind of our shared service model to the portfolio,” he said.

Payne said Onefire is expecting to return a dividend to the Nation in 2017.

“And I think the ongoing performance of that dividend, in which I imagine would be public knowledge, will be a good indicator of the type of performance that Onefire is doing,” he said.

Payne said Onefire is working with MCN to determine the distribution amount.

“It will be a calculation based on our profitability and whatever that calculation comes back to will be what is returned to the tribe,” he said.

Payne said the goal of the operation is to generate wealth for the Nation and in turn, the citizens.

“We feel like every single citizen absolutely is a stakeholder in this and we want them to be proud of our portfolio,” he said. “And I think as things continue to grow and become more visible they will be.”

Onefire reports financial information on a quarterly basis to the National Council Business, Finance and Justice Committee and the Executive Branch.

“A lot of that information is as you might imagine, highly confidential to the portfolio, to potential tenants at the RiverWalk… but we try to keep a very high level of transparency between us and those two reporting bodies,” Payne said.

Payne said sharing the profitability or investment information of the businesses Onefire has in its portfolio to the public could damage those businesses and in turn Onefire’s investments.